Got some free time? maybe it’s an opportunity for a road trip. Massachusetts has a lot of places worth driving to that could suck out that free time you have like a black hole. 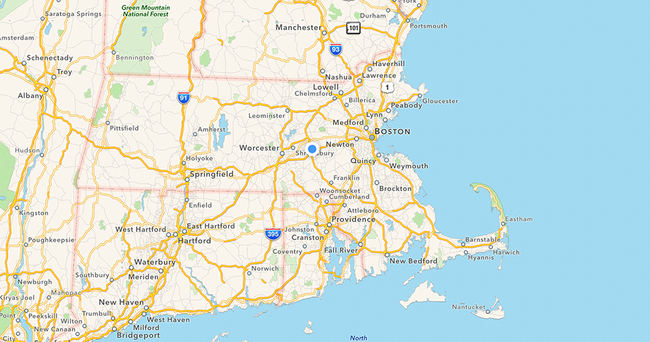 I’m slightly cheating by starting off with the Cape because this is an obvious one. For those not from MA, Cape Cod is that little branch at the bottom right. Driving to Cape Cod takes an incredibly long time. There’s only one lane most of the road through the Cape, extending over 65 miles from end to end. Now for the good part, you will find the town of Wellfleet followed by Provincetown at the tip of the Cape.

Cap Cod has many beaches, bike routes and essentially chances to do physical activity. Personally when I go to the Cape I do the exact opposite: I go there for the food, which is basically the primary reason I go anywhere. Cape Cod is abundant with joints serving clams, lobster, fish n’ chips and fried oysters. Most restaurants have tables outside, allowing you to enjoy your seafood with a subtle breeze and sunshine. My favorite place in Cape Cod is surprisingly not a seafood place, it’s a French bakery: PB Boulangerie, stay tuned for my post on this bakery! However beware of summer weekends, driving back to Boston from the Cape can take as long as 8 hours on a Saturday evening.

Shopping is one way to kill time, especially when the mall is really far away. I’m not going to mention Natick Mall and such, here I’m more interested in those malls that are “road-trip” malls and stores. 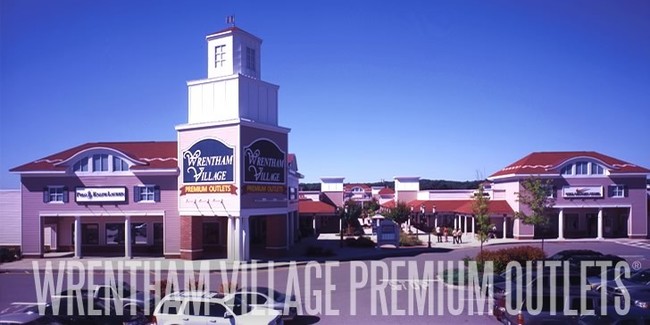 Wrentham Premium Outlets is far from everything. The cool thing is that it’s open 10am to 9pm seven days a week, with tons of parking, tons of stores and ridiculously cheap prices. For those not looking to buy clothing, there’s actually a Calphalon store, Williams Sonoma and a Sony. However, there isn’t much food anywhere close, the best you’ll find is a UNO and some fast foods, not even a McDonalds or Burger King.

There’s an IKEA in Stoughton, it’s also very far from everything but actually close to Wrentham so it could be a good idea to bundle those two in one day. Again, there’s not a single place to eat anywhere close to IKEA except for IKEA itself, which is not a bad choice.

Massachusetts has a lot of old drive-in cinemas. Most of them are dead and closed since forever, except for a handful. Check this webpage for a full list and see which ones are open, however this is definitely a summer thing as they close down for the winter.

This one is a bit far fetched but technically it counts as driving. You can drive to Martha’s Vineyard or Nantucket. This involves booking a ticket a couple weeks ahead for roughly $400 per car (pricing varies, look it up), driving to Hyannis in Cape Cod and taking the ferry to either island. Just like in the Cape, there are plenty of opportunities for biking and other activities such as swimming, renting boats, renting convertibles and more…

I’ve just released Early Words to the iOS AppStore. You can find the app right here. This is the first commercially viable mobile app I’ve built entirely on my own from A to Z, for my own business (LycheeApps Inc.), and without external... Continue →